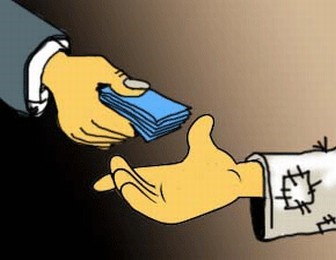 The introduction of One Person Companies in the Companies Act, 2013 eyes fast economic gains; however, as Shankar Jaganathan points out, it also calls for a more considered approach and provision of safeguards to protect the smaller creditors and employees.

A new concept of ‘One Person Company’ has been introduced in India for the first time through the Companies Act, 2013. Seen in historical perspective, it is a radical change. Originally, a company as a distinct form of business organization emerged from the need to pool resources for undertaking large ventures that were not feasible for one individual or a small group of individuals to finance. The word company is derived from the Latin word compagnia and is made up of the two words cum meaning together and panis meaning bread; it represents a family sharing a common fortune. Seen in etymological context, therefore, the concept of a One Person Company appears counterintuitive and an oxymoron.

Let us, however, look at the rationale behind this introduction. Since time immemorial borrowing has been considered a risky, dangerous job everywhere in the world. If a loan was not repaid, the lenders had draconian rights. In Babylonia, the Hammurabi code gave the lender the right to take the borrower, his wife and children as bonded labourers for a maximum of three years. In Rome, the Twelve Tables gave sanction for the borrower and his family to be taken lock, stock and barrel and sold as slaves.

In India, Manusmriti authorized the lender to legitimately use any option.legal action, trick or force to recover their money. It is no surprise then that in this environment, borrowers took more care than lenders when borrowing money. Given the potential high costs of borrowing, the wealth of the rich remained idle even as the inventive and the adventurous ones with profitable ideas scrounged for money.

In the sixteenth century, starting with Europe, the global commercial landscape changed forever. The advent of the ‘company’ as a form of business organization brought limited liability into play. With limited liability, an investor’s resource committed to the company is limited to the originally committed investment and with this in force, multiple investors came forward to fund promising ventures. These investors also borrowed money from others as loans to fund their projects. However, when a venture failed, the investors could apologize and say sorry to their lenders who remained unpaid and get back to their earlier lives, with not only their family secure but also their personal assets safe.

Empowered by the concept of limited liability, a new class of entrepreneurs characterised as risk seekers emerged, who were firm in their belief that success would come to them tomorrow, if not today. Companies with their limited liability turned what was earlier a fatal pursuit of risk into a profitable one, thereby fueling economic growth. Thus, promoting corporate activity in society no longer remained a commercial initiative for policy makers but soon became an economic imperative.