Home/Uncategorized/Know your Company: One Person Companies (OPCs)
Previous Next 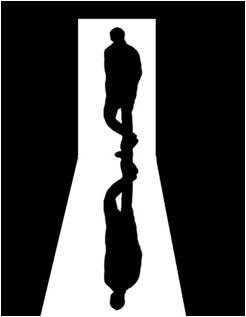 ‘Two is company’, a popular saying is no longer appropriate, after the enactment of the Companies Act, 2013, at least in the business world. With the introduction of One Person Companies (OPCs) any one individual can, on their own, form a company. In a short period of one year, 1400 OPCs have been incorporated in India. Further the pace at which they are growing is also accelerating as 298 OPCs were incorporated in January 2015, which is 21% of the all incorporations in the first year.

In introducing OPC the government has sought to maximize the benefits of the corporate form of business while simultaneously reducing its cost. All the three advantages of a company as a form of business organization—distinct legal entity, transferable ownership and limited liability – are retained while its cost of administration is dramatically reduced. This administrative cost reduction is a conscious decision, as Dr. J. J. Irani Committee that recommended the formation of OPC in 2005 specifically wanted an environment where the entrepreneur does not ‘fitter away his time, energy and resources in procedural matters.’

In return for the society giving the benefit of limited liability to a company, significant controls are put in place. These controls are in the form of defining the frequency, procedures and methods for conducting and recording shareholder meetings and board meetings. For a corporate entity, at a minimum, shareholder meetings are needed to be held once annually and the board meetings at least once quarterly. This involves considerable investment of both time and cost. However, for OPCs, these controls are significantly diluted.

OPCs are exempt from having annual general meeting of shareholders. Further where an OPC has only one director, there is no requirement to have periodic board meetings. All decisions that are required by the Companies Act, 2013 to be taken at a board meeting by a company can be complied with by an OPC with single director by noting it in a journal for this purpose and nothing more. Only where the contract is between the company and its sole member, the decision recorded in the journal needs to be notified to the Registrar of Companies within 15 days. As these benefits confer an undue advantage to OPC as a vehicle to conduct business, there are limitations in place on who can use it.

OPC is available only for small ventures, defined as companies with share capital of less than Rs.50 lacs and turnover of less than Rs.2 crores. When either one of these two limits are breached, the company has a simple, inbuilt path to convert itself into a private limited company by passing a special resolution at its annual general meeting. As OPC is intended to promote entrepreneurship in Indian, it is available only to an Indian citizen, who is also resident in India. Further, even the Indian citizen, who is also resident, can incorporate only one OPC. The act also considers the ingenuity of human mind which resorts to finding loopholes and blocks it by specifically prohibiting an individual from being the beneficiary of a OPC as a nominee, who will stand in for the member in case of their incapacity due to death or inability to enter into contracts.

Even though the law does not mandate an OPC to have only one director, in reality it is tough to see why an OPC will appoint more than one director and thereby lose the special benefits conferred on it. Where an OPC has more than one director, most of the benefits accorded to it are withdrawn and it stands on par with a ‘small company’ which is specifically defined in the Companies Act, 2013.

The business segments in which OPCs were incorporated in 2014 are:

Services segment which is not debt friendly dominate. Does this mean OPCs are attractive not just for their limited liability as originally envisaged but something more, the distinct legal entity status that provides a distinct entity, continuity and much more?

Next time, we will look at the subtle differences between OPCs, small companies and Limited Liability Partnerships.