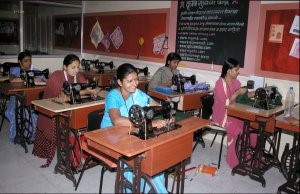 The Companies Act 2013 has extended its scope to provide norms for the organisation and functioning of not-for-profit ventures. Why not, then, use the same or similar legislation to create a conducive environment for social enterprises, asks Shankar Jaganathan.

The limited liability company, the Hindu-Arabic numbering system and double entry bookkeeping are counted among the most important commercial innovations in human history. With limited liability, it became possible for passive investors to invest in companies enabling large sums of capital to be mobilised. But for this innovation, companies such as Reliance in India, which boasts of over two million investors, would not be a reality.

New technologies produced by the Industrial Revolution like the steam engine and power looms require large capital investment in business. This fusion of technological and commercial innovations created unprecedented economic growth over the last two centuries in the western world. India, which has only partially leveraged these benefits, now seems set to do more.

In August this year, India enacted the Companies Act 2013 to replace a six-decade-old legislation. The objective is to promote entrepreneurship and channel larger capital into business, thereby accelerating economic growth in our country. The new act also extends the prevailing legal structure to organizing not-for-profit ventures (called Section 25 companies) by retaining provisions that prohibit dividend payments and those relating to dissolution or distribution of assets under Section 8 of the new Act. However, the new act does not contain any specific provisions for promoting social enterprises, a new breed of organisation emerging on the horizon that look to spread the benefits of this economic growth to a larger section of the population.

Globally, social enterprises have emerged over the last few decades with an aim to combine the profit-generating ability of businesses with the social benefits targeted by not-for-profit entities. While multiple definitions for social enterprise exist, the core concept is of a business prioritising social objectives over financial or economic returns. I believe the historic event of enacting the new Companies Act in India calls for a stock-take of the prevailing environment for organising such enterprises.