The Regulatory Enigma: Ease of Doing Business and the Company Law, What do the two have in Common?

Home/Uncategorized/The Regulatory Enigma: Ease of Doing Business and the Company Law, What do the two have in Common?
Previous Next

The Regulatory Enigma: Ease of Doing Business and the Company Law, What do the two have in Common? 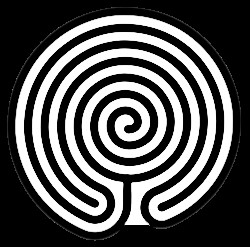 Our Ease of Business warriors face no less a challenge than what young Abhimanyu faced in the Mahabharata. Confronted with Chakravyuha, Abhimanyu entered the formation but could not exit. The situation is no different today. To use a different mythology, easing the way for business is a Herculean task given the existing spate of regulations. What is more concerning is that many attempts to ease the regulations often produces results to the contrary. Given the current enigma, what could a modern day Arjuna do?

Looking at the top ranked countries in the Ease of Doing Business survey, we see Singapore, New Zealand and Denmark, countries which have few regulations but strict implementation. Given this reality, could the hypothesis of a vicious or virtuous cyclic relationship between regulations, implementation and enforcement be valid?

More often than not, the need for new regulations are triggered by a corporate scandal or stock market bubble burst. Given the visible and large loss, the implementation cost is often ignored or justified given the outrage. Either way, the regulation is enacted and becomes enforceable. If the new regulations are not strictly enforced, it is a matter of time before we have another corporate scandal or stock market bubble burst, leading to another set of regulations. Again as the new regulations ignore the implementation cost, the regulation itself is ignored and not enforced. This leads to a vicious cycle of stringent regulations on paper with little or no enforcement. In this environment, the god fearing rule following business is brought to a standstill, even as the country slips into the bottom ranks on the Ease of Doing business index.

In contrast, there is a virtuous cycle of relationship between regulations, implementation and enforcement. Here too, the reaction to a corporate scandal or stock market bubble is more regulations. Again in the initial stages the cost of implementation is often ignored. But as the regulations are strictly enforced, the cost of enforcement comes up as a defence for non-compliance or it makes the economy unattractive. This forces the regulators to modify regulations using a Cost Benefit Analysis. Given this cycle, it is a matter of time, before regulations that have high costs are discarded and the regulations that continue are justified by their Cost Benefit Analysis. Sarbanes Oxley Act, in the United States is an apt example where cost of compliance was repeatedly quantified to show its dis-functionality.

In the Indian business environment enactment of the Companies Act, 2013 is the most significant change since the beginning of the new millennium. This act replaced an act enacted in 1956, with the stated objective of easing regulations and promoting Ease of Doing Business. Large parts of the act came into force from April 1, 2014. Our report INDIA SECRETARIAL PRACTICE 2015 looks at the state and ease of implementation of the Companies Act, 2013 by the leading companies in India represented by the Nifty 50. Our report focuses on six areas: Board Composition and Sub-committees, Secretarial Audit, Corporate Social Responsibility, Directors Report, Company Secretary and the Notice for Annual General Meeting.