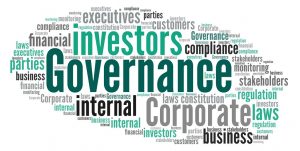 The quality of governance depends on the ethics of the people at the helm of affairs. Hence the subject of governance is linked with ethics and not morals or law and is rightly called Ethics & Governance. In its essence, governance is the collection of systems, processes and methods for sensitizing decision makers to the price paid by the members on whose behalf they take the decision. High sensitivity in decision makers result in good governance and its absence or indifference in bad or ineffective governance. This definition can be used in multiple domains, for instance in the political sphere the sensitivity of the elected representatives to the interest of their electorate, in corporate circles—directors to the interests of minority shareholders and other stakeholders or in the NGO world—the sensitivity of trustees to the pains of their beneficiaries.

We have formulated five simple questions that will enable you to assess for yourself the state of governance in any of the entities—state, country, company or NGO. Affirmative answers indicate good governance. Ready to take the test to know where your company stands?

Transparent and balanced communication is one of the most visible hallmarks of good governance. The intent is evident when the communication is made at the earliest opportunity and is balanced with both the prospects and risks communicated in equally clear terms. Transparency is also reflected in the medium and methods used to communicate with the focus being on effectiveness and efficiency.

Most organizations are established to achieve long term goals. Hence the decisions makers primary concern would be to ensure achievement of the organization’s objective, while consciously building the organization for achieving its longer-term goals.

Decision makers have control over resources that belong to the organization. Hence thrift and frugal use of the organization’s resources when they need to use it themselves amplifies their respect for resources and heralds the presence of good governance.