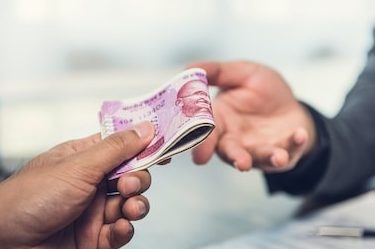 (this article is the third and final part of a trilogy that traces the origin of the three elements of financial statements- the balance sheet, the profit and loss account and the cash flow statement)

Financial Statements consisting of the three- Balance Sheet, Profit and Loss Account and the Cash Flow Statements, form the core segment of corporate communication to stakeholders with financial interests. The three can be compared to a still photograph, a video film and a slow-motion replay of the video film.

Like a still photograph, the balance sheet is at a point of time, on a given date. On the other hand, the profit and loss account and the cash flow statements, like video films are for a given duration, which can be for a month, a quarter or a year. When the action is very fast and rapid, as in a fight or dance sequence, a good director shows it in slow motion for the audience to appreciate the nuances. Likewise, the Cash Flow statement is the profit and loss account played in slow motion shorn of all special effects or judgement. It helps a stakeholder appreciate the true business performance shorn of the accountants’ judgement.

Like in the world of photography, the three came chronologically one after another- Balance Sheet the first, followed by the Profit and loss account and finally the Cash flow statement.

Profit is not only the primary goal for a business but also an indicator of its sustainability. As business models evolved with higher investments in fixed assets, longer business cycles and trade based on credit, the presence of profit did not translate to the business generating surplus cash or liquidity in business.

While depreciation is a cost considered in profit and loss account that does not involve cash outflow, credit sales and unrealized income are counted as profits even though cash is not received for it. This mismatch can lead to serious business challenges even resulting in bankruptcy in extreme cases. Cash flow Statement is the instrument to explain the gap between profits and cash available in a business, thereby providing stakeholders with information on health of the business.

THE FIRST OF FIRST

Dowalis Iron Company was established about two hundred and fifty years ago in 1759 as a partnership with a capital of £4,000. Located in Glamorgan, South Wales, it had eight partners contributing its initial capital. A hundred years later the company faced fluctuating fortunes. In the face of economic recession, the company’s profits swung from £30,882 in 1860 to a low of £3,059 in 1862, before bouncing back by earning a record profit of £36,572 in 1863.

The Factory manager happy with the record profits, was keen to further expand by investing in a blast furnace. To his shock, he found that the profit reported in the profit and loss account was not available in his bank account or his cash box. He was puzzled by this paradox of record profit earned and cash crunch faced. Investigating further into the matter, he prepared a ‘Comparison Balance sheet’ to find an answer to his questions ‘Where are the profits? Is the surplus in cash, or how does it appear?’

Comparing the yearend position of the two years 1862 and 1863, he discovered that the assets had increased by £81,814. A similar comparison of liabilities revealed that the liabilities had only gone up by £45,242. The gap of £36,572 was the same amount as profit. As he further analysed, he found the profit that he was searching for was not in the form of bank balance or cash, but it was an increase in finished goods. He realized that this would get converted into cash only when he delivered finished goods to his customers and they paid cash for it.

This Factory manager discovered the value of Cash flow statement by preparing ‘Comparative Balance Sheet’. Around the same time in the United States, Illinois Central Railroad Company was also using the Cash flow statement to build confidence in its stakeholder.

This railroad company had a large constituency of multiple stakeholders, which included shareholders and bondholders located in both United States and Europe. Perhaps to communicate the effectiveness of their financial performance they began to include a summary of Cash transactions in the Annual report from 1857.

It took more than a hundred years for the US to mandate cash flow statement in 1971. But soon thereafter, the value of a cash flow statement was recognized when a profitable company went bankrupt; not any small company, but a billion-dollar giant, growing rapidly, which was the second largest retailer in the United States; the Wal-Mart of the 70s: W T Grant.

Section 129 of the Act requires every company to place before its shareholders each year financial statements, which consists of a balance sheet as at end of that financial year, a profit and loss account and a cash flow statement for the financial year. Further, Schedule III of the Act specifies the format in which this statement is to be presented.

Among the general investing public, Cash flow statement is among the least used part of the financial statement as it neither reflects the wealth owned by the company or the quantum of profits earned. However, for the discerning investor, cash flow statement reflects the quality of profits. Where the quantum of profits is matched by operating cash inflows, profit is undiluted. But where the quality of profits is higher than operating cash inflow, the profit stands diluted with the gap reflecting the extent of dilution.