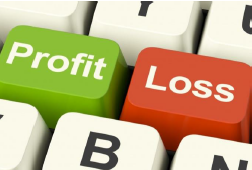 (This article is the second of a trilogy that traces the origin of the three elements of financial statements, the balance sheet, the profit and loss account and the cash flow statement)

Financial Statements consisting of the three- Balance Sheet, Profit and Loss Account and the Cash Flow Statements, form the core segment of corporate communication to stakeholders with financial interests. The three can be likened to a still photograph, a video film and a slow-motion replay of the video film.

Like a still photograph, the balance sheet is at a point of time, on a given date, while the profit and loss account like a video film is for a given duration, which can be for a month, a quarter or a year. When the action is very fast and rapid, as in a fight or dance sequence, a good director shows it in slow motion for the audience to appreciate the nuances. Likewise, the Cash Flow statement is the profit and loss account played in slow motion shorn of all special effects or judgement. It helps an investor appreciate the true business performance shorn of the accountants’ judgement.

Like in the world of photography, the three came chronologically one after another- Balance Sheet the first, followed by the Profit and loss account and finally the Cash flow statement.

The Concept
Profit, for a long time in human history was computed as an increase in the owners’ net worth. While the total of all the assets that belonged to the owners was their gross worth, net worth was what they owned, which was computed by deducting all their borrowings and credits received by them. Profit was the increase in their net worth over a period, while a decrease was their loss. This was also called the Surplus Theory of Profit, as it was computed by comparing net worth at the beginning and end of the period to quantify the surplus.

As businesses evolved resulting in three critical developments, higher fixed assets investments, longer business cycles, and trade based on credit, the Surplus Theory of Profit became unreliable due to depreciation on fixed assets, timing mismatch between income and expenditure and the element of bad debts. The result was a new concept devised to measure profits, the Residue Theory of Profit.

In Residue Theory of Profit, surplus of revenue over the costs incurred for realizing that revenue is computed to arrive at profit. An added advantage of this theory was the multiple levels at which profits can be computed:

But what led to this realisation of the limitations of the Surplus Theory of Profit?

The First of First
Nineteenth century saw the advent of insurance business. A peculiar feature of insurance business is that premiums are collected in advance and assets insured for varying periods and in the case of life insurance for multiple years if not decades, which resulted in exposing the inadequacies of the Surplus Theory of computing profits.

The spectacular crash in London of Albert Conglomerate of insurance companies in 1870 illustrated the limitation of computing profits using the balance sheet. The failure of the Albert Conglomerate was believed to be a result of extravagant commissions paid and excessive remuneration to negotiators as profit was inappropriately computed using the Surplus Theory of Profit. Learning from this episode, the Life Assurance Companies Act, 1870, and the Building and Friendly Societies Act of 1874 were enacted in a short time that required the disclosure of profit and loss account[1] along with the balance sheet.

The initial Companies Act enacted both in England and in India made it only optional for companies to disclose their profit and loss account, as the provision to place this account in the shareholders meeting was provided only in the Articles of Association, which is optional for the companies to adopt. It was only in the year 1928 that the Profit and Loss account was mandated for all companies in England by the Companies Amendment Act, 1928. India followed suit eight years later in 1936.

Companies Act, 2013
Section 129 of the current Act requires every company to place before its shareholders each year a copy of its profit and loss account. Further, Schedule III of the Act specifies the format in which this statement is to be presented.

The profit and loss account statement today occupy a prominent position in the financial statements, pushing the Balance Sheet that emerged much earlier into the background.