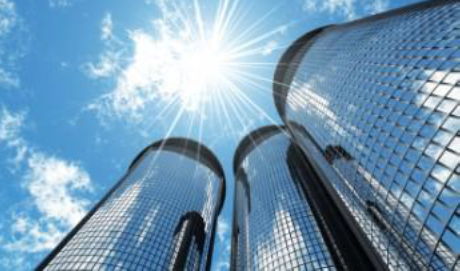 Private companies emerged pretty late in the five hundred year evolution path of joint stock companies, with legal recognition being granted to them only in 1892 in Germany, 1908 in England and 1925 in France. Private Limited Companies are a hybrid for they combine the merits of privacy found in partnership firms with the benefit of limited liability given only to a joint stock company.

The Concept
Commercial organizations undertaking business fall under one of the two categories. They are either:

The main advantage of partnerships is that they provide privacy of business affairs as the partners are under no obligation to disclose their financial details to external parties. Further, they offer each and every partner, irrespective of their stake, an equal say in decision making including appointment of new partners.

On the other hand, joint stock companies provide limited liability to its shareholders, with the result a large pool of capital can be mobilized for undertaking ventures like discovery of new products or long gestation period projects like infrastructure projects or projects requiring huge capital investments. In addition to limited liability, joint stock companies also promote speedy decision making by providing for decisions by majority holders of equity shares in place of consensus required in partnerships. In return for this decision making mode, companies provide dis-satisfied shareholders with option to exit by selling their shares.

Private Limited Companies emerged by fusing the benefits of partnership and joint stock companies. They offered some features of joint stock companies like limited liability to shareholders, the right of shareholders to transfer their shares and decision making by majority holders of equity shares. To this they added the advantages of a partnership by providing privacy of information and limiting the rights of shareholders to transfer their shares by giving the Board of directors a veto right on undesirable transfers.

The First of First
In the 16th century, joint stock companies were formed primarily to undertake exploratory sea voyages to discover new lands and supplies or large infrastructure projects like construction of canals and railways. A reason for the limited use of companies was the requirement to get an act of parliament passed for creating a company, which was both expensive and time consuming. The nature of joint stock companies formed continued to be large projects until the second half of 19th century, when for the first time companies could be formed by registration with a designated authority after complying with a few prescribed conditions, a relatively inexpensive process.

The advent of industrialisation with steam power introduced large-scale in almost all spheres of life. Traditional occupations too grew in scale beyond the reach of financial resources available to a family needing external supplement in the form of either loans or equity investments.
Limited liability became an essential feature to attract finance in these traditional family firms. While borrowing loans, the promoter wanted limited liability to insulate his personal assets in case of business failure, and if equity investments was sought to be raised, the new investors wanted limited liability for the same reason, i.e. to insulate their personal assets.

This pressing need for limited liability was met by incorporating a company. However, many promoters circumvented the spirit of law by meeting only the letter of law, exemplified in the Salomon vs. Salomon & Company Limited case decided by the House of Lords in the year 1897. Aaron Salomon the promoter of Salomon & Company Limited incorporated it by meeting the minimum of seven shareholders required to form a company by having his wife and five sons along with himself becoming shareholders. When this company failed, unsecured creditors had to bear the brunt of the losses.

Practices similar to the Solomon case triggered an uproar among lenders and creditors who lost money resulting in the appointment of Davey Committee in the year 1895. Based on the recommendation of this committee, the Companies Act, 1900 introduced strict regulations on companies raising capital. This law required new companies to:

These provisions to protect the investors and lenders had the effect of raising the cost of company registration, resulting in a sharp decline in the number of companies formed. As a consequence Loreburn / Warmington Committee was appointed in 1905 to review the situation and redress it. The result was the Companies Act, 1907 that created private limited companies with reduced compliance requirements. To qualify as a private limited company and avail of these benefits, Section 37 (1) of this Act required these companies to voluntarily restrain themselves by having terms in their Articles of Association that:

In return for accepting these restrictions, private limited companies were granted exemption from filing their annual balance sheet and the need to issue prospectus for raising capital. In addition they were permitted to be formed with only 2 members in contrast to 7 members required to form a public limited company and they are also permitted to allot shares for consideration received in kind and not cash.

Though a similar precedent for private limited companies existed in Germany from 1892 for identical reasons, there was a separate law for incorporating and regulating these entities that carry the suffix GmbH, standing for companies with limited liability. This is in contrast to the suffix AG, which stands for Corporations with limited liabilities, affixed to the equivalent of public limited company.

The advent of private limited company ensured that joint stock companies as a form of business organization became wide-spread and well accepted for all medium and large sized enterprises.

The primary disadvantage of private limited companies over partnerships is in its limitations to raise loans or borrow money due to limited liability available to shareholders who are the owners. In practice, lenders and promoters overcome this limitation by providing personal guaranteed of the promoters to lenders for their loans thereby voluntarily giving up the limited liability protection offered by private limited companies.

Companies Act, 2013
The Act, though a notification issued on June 5, 2015, provides private limited companies with substantial exemption from disclosures and flexibility in decision making. Major exemptions provided in this notification and other similar changes are: