Prohibition of Insider Trading: Creation of a New Right in Society 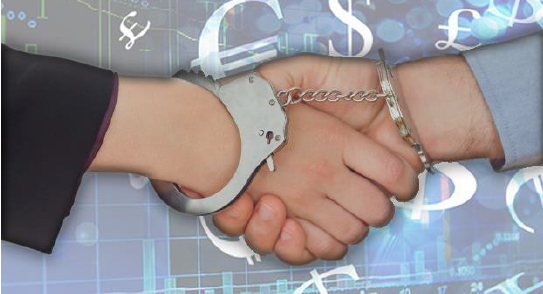 In the twenty first century prohibition of insider trading is an accepted fact in corporate law, although it is enforced with varying effectiveness in different stock markets. However, this was not always the case. At the beginning of twentieth century, and in the first three decades that followed, insider trading was not only rampant but almost the norm in most stock markets.

The great crash of 1929 in the US stock markets and the resultant slump in the US economy led to introspection resulting in the prohibition of insider trading, using the principle of ‘abstain or disclose’. A person with price sensitive information was required to abstain from trading or disclose the information to public before they could become eligible to trade in their stocks.

The Concept
Markets are an effective instrument and sustainable means to promote trade only when there is fair play. A critical element of fair play involves providing a level playing field for all buyers and sellers. If any one category of buyer or seller gains at the cost of others, the market itself becomes unsustainable and fails requiring external intervention in the form of regulations and rules that need enforcement.

As the unfair benefits of information asymmetry becomes evident in stock market, investors stay away leading to sustained depression and contraction of the economy. Private information held by a class of investors being prevented from trading in stock market created a new right for the uninformed investors by providing a level playing field as information is now made available to all investors who are interested and eligible to trade in a stock.

In the evolution of society prevention of private information from being used in share trade for the benefit of the uninformed investor is a major event as is the third category of rights to be protected by society globally. It follows the right to life, where no one in society is permitted to take the life of another and right to property, where stealing or robbing are punished.

The First of First
Until the Great Crash of 1929, insider trading was rampant in stock markets. One of the frequently quoted instance of insider trading relates to Robert Clive, the Chief of East India Company in India buying his company’s stocks for £165 in April 1766 after his company got the right to collect revenue in Bengal following their victory in the Battle of Plassey. Within a year when the share price appreciated due to the public knowledge of the benefits derived by the company from this right, he sold his shares at £223 almost doubling his wealth.

Securities Exchange Act, 1933, was established for the primary purpose of insuring and maintaining fair and honest market, which among other things prohibited insider trading. Section 16 (b) of the Act, provided for recovery of profits earned by an officer or director of the company who unfairly used information by trading in the shares of the company. Within a few years in 1942, a new rule 10b-5 was enacted that made insider trading a prosecutable offense.

In the second half of the 20th century as US markets gained prominence and attracted investors from world over, other countries too followed the US lead and enacted similar securities laws to create a fair and efficient stock markets to attract capital and infuse capital into their economy to galvanize growth. India too followed suite in 1992 with the creation of SEBI.

Rationale for Prohibition of Insider Trading
A market is a place where buyers and sellers meet to discover and decide the price. With every change in demand and supply, the price changes. For commodities where no one individual controls the demand or supply, markets are an efficient price discovery mechanism. However, where share prices are concerned, the management team and promoter shareholders of the company have an unfair advantage as they have access to information that can influence the demand and supply of shares, thereby creating information asymmetry resulting in an unfair advantage which is at the cost of the uninformed investor.

Hence preventing any person with price sensitive information that is not publicly available from trading in stocks till such time the information is made publicly available creates a level playing field. This is called the principle of ‘abstain or disclose’. With time, the essence of this principle evolved into its more positive interpretation as ‘Fair Disclosure’ thereby capturing the spirit behind the regulation of creating a level playing field.

On a different note, in the US, SEC reported for fiscal year 2015-16 548 cases of enforcement action across all aspects including Insider trading and it obtained judgement and orders totalling more than $4 billion in disgorgement and penalties.