Independent Directors on Corporate Boards: A concept that emerged as late as in 1990s 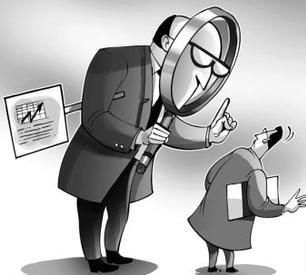 The Concept
Board of Directors have fiduciary powers that they exercise for the benefit of all shareholders. This exercise of fiduciary powers require an objective view of the issues to enable decision making keeping the interest of all shareholders. While the concept is clear in thought, this objectivity was often missing in practice, resulting in corporate scandals. To overcome this limitation, the concept of IDs, who do not have a beneficial interest in the company, was introduced to protect the interest of shareholders; an idea not dissimilar to the concept of appointing diabetes patients to work in a sweet shop to prevent consumption of sweets.

An ID is defined as one who does not have any:

The First of Firsts
The seed for the concept of IDs, emerged in the aftermath of the 1929 US stock market crash, which is also called the Great Crash, when Dow Jones index fell from 381 in September 1929 to 41 in July 1932, a fall of 89%. In this crash, investors in mutual funds who had invested over $3 billion in the year 1929 itself, paid a massive price.

In a bid to review the stock market and protect the investors, the 1932 Security Exchange Act was passed, which is based on the principle of transparency, i.e. information flowing to the shareholders is the best protection that can be offered to an investor. However this principle did not meet the needs of Mutual Fund investors who were in the nature of a supplier to the Fund and not shareholders of the Mutual Fund which is owned and managed by Asset Management Companies.

Considering this reality, The Investment Companies Act, 1940 was enacted to regulate mutual funds. To protect mutual fund investors, the representation of affiliated parties, i.e. promoters of the Asset Management Companies in the Board of Mutual Funds was limited to less than 60%. The balance 40% would be made up of ‘unaffiliated directors’, i.e. unaffiliated to the promoters of the Asset Management Company.
Explaining the need for unaffiliated Directors the Act used the term independent for the first time with reference to Directors. While unaffiliated Director was not defined, the act defined its antonym, an affiliated Director. Affiliated directors were investment advisors or officers or employees of the Mutual Fund. It was only in 1970 the term ID was clearly defined.

The concept of IDs moved from mutual funds to the corporate boards over a 20 year period nudged on by corporate scandals that highlighted highly biased decisions against the interest of non-promoter shareholders in particular and all other stakeholders in general.

Late 1960s and early 70s saw a spate of corporate scandals in the United Kingdom that led to introspection to find solutions to improve corporate governance practices. Comparative studies of corporate governance practices in continental Europe, where corporate scandals were less evident, formed part of the alternatives considered. The committee appointed by the Confederation of British Industries under the Chairmanship of Lord Watkinson in 1973 recommend appointment of non-executive directors to the Corporate Boards.

In 1974, the Labor government appointed a committee under the leadership of Lord Bullock to inquire into the system of industrial democracy. In their review they found in about 25% of the companies there was not a single non-executive director, and in 39% of the companies there was only one non-executive director. In their report issued in 1977, Lord Bullock recommended the ‘2x+y’ formula for board composition. This formula envisaged equal number of representatives from the shareholders and the employees each, and a smaller number of IDs to break any deadlock.

In 1980s as the Conservatives under the leadership of Margaret Thatcher assumed power in the UK. It is possible that the threat of mandated employee participation proposed by the earlier labor administration in the Corporate Boards prompted the formation of ‘Promotion of Non-Executive Directors’ (PRO-NED) initiative in 1982. The London Stock Exchange, Confederation of British Industries, the Bank of England, and other financial institutions jointed hands in the PRO-NED initiative to push the door open for non-executive directors to enter the Boardroom.

The landmark event that shifted the focus from Non-executive Directors to IDs was the recommendation of The Cadbury Committee in 1992, which was constituted triggered by a string of corporate scandals in UK involving among the other the bank, Poly Peck, Coloroll plc, Maxwell and Bank of Credit and Commerce International (BCCI).

The Cadbury Committee recommended the constitution of an Audit Committees of the Board of Directors with a minimum of three independent, non-executive directors to stem corporate scandals, thereby placing IDs in their Corporate Board chairs.

Rationale for IDs
As the Board of Directors have a fiduciary responsibility towards all shareholders, objectivity in decision making is essential. Hence the concept of IDs who have no beneficial interest in any decision taken by the company and therefore can be objective is the rationale for IDs on the corporate boards.

Companies Act, 2013
Section 149 of the Act requires all pubic companies with paid-up share capital of more than Rs.10 crores, or turnover of Rs.100 crores or borrowings in excess of Rs.50 crores to have a minimum of two IDs. In the case of listed public companies, one-third of the board shall consist of IDs.

Current Belief
IDs are seen to be the remedy for all corporate governance ills; higher the number of IDs on a Board, more assured is the cure. A belief yet to be proven!