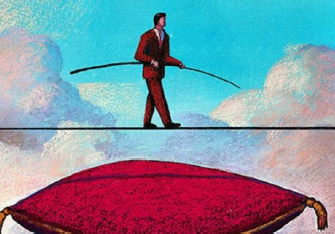 The Concept
At a given point of time, shares issued by a company can be fully paid or partly paid. Where the holders of party paid shares do not pay the calls made on the shares after adequate notice is given to them to make the payment, the company has the right to forfeit the shares.

With forfeiture, the defaulting shareholders are no longer liable for the calls made on those shares and instead lose the right to their partly paid shares. The company that has forfeited the shares on the other hand has the right to reissue these forfeited shares to new shareholders for fresh consideration to be received by them.

The First of First
In the second half of the 18th century Victoria and New South Wales in Australia became a centre for gold mining. Within a short time, more than 500 gold mining companies were formed in Victoria to prospect for gold.

Gold mining firms were attracted to the corporate form of organization as it offered a flexible financing instrument in shares with par value. Companies could issue shares with high par value on which they initially called only a small amount, leaving the remaining amount to be called later when they need further capital.

However, this conceptually attractive financing instrument faced a practical difficulty with shrewd investors using ‘dummy’ or ‘proxy’ investor to hold these partly paid shares. These investors did not pay the calls made on their partly paid shares but tracked the prospect of these gold mines. When they hit gold, these investors paid their dues and got their share of reward. But if these companies failed they let their liabilities go unextinguished.

Company promoters, who got the wind of these unscrupulous practice resorted to forfeiture of these partly paid shares, which they subsequently auctioned to raise the money due. On the other hand, the unscrupulous investors whose shares were being forfeited moved the Court of Mines, which held these forfeitures invalid as it was not permitted by the statute.

In response to this court verdict, the miners initiated a new amendment to the act in 1869 titled ‘No Liability Act’, under which a holder of partly paid shares on its forfeiture was not liable for calls unpaid on the shares but forfeited his shares to the company.

Rationale for Forfeiture of Shares
Forfeiture of shares is required to protect the interest of shareholders who have complied with their contract and paid the calls made by the company on their shares. In the absence of forfeiture, unscrupulous shareholders by not making the payment on their partly paid shares would gain an undue advantage of having the right to participate in the upsides of the company by paying only the interest cost on the money due from them. Further, if the number of unscrupulous shareholders increased due to economic benefit they get, the concept of partly paid shares would come under threat, thereby closing one of the avenues for raising funds by a company.

Companies Act, 2013
While there is no specific section of the Act that deals with forfeiture of shares, Schedule 1 of the Companies Act, 2013 which contains the model Articles of Association provides a company with the power to forfeit shares on which amounts remain unpaid after calls are made. Clauses 28 to 34 of the model Articles contain provisions related to forfeiture of shares. However contrary to the provisions of the original scheme of forfeiture designed in the 19th century, clause 32 in the model Articles of the 2013 Act makes the member liable to the company for the amounts payable in respect of those shares even after those shares are forfeited.

Current Usage
Forfeiture of shares is still a concept used by companies in India. However its use is drastically reduced as practice of using partly paid shares has significantly come down. One reason for this is the reduction in the face value of shares, which has reduced from Rs.1000 in the 19th century to Rs.100 in the first half of the 20th century further coming down to Rs.10 in the second half of the century and further down to Rs.1/- in the last decade of the 20th century.

However, where partly paid shares exist and there are unpaid calls on these shares, forfeiture is a practice that is still used to protect the interest of the compliant shareholders.