The Four Stages of Evolution in Equity Share Valuation: 4.Valuation of Loss-making entities with Potential -The Concept, Trigger & Limitations 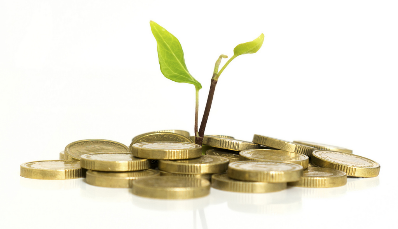 The evolution of share valuation is episodic, marked by stock market bubbles and often a major scandal that highlighted the limitation of the valuation method used which bursts the bubble. The first of the four method is the Dividend Capitalization method that evolved in the 18th century, followed by the Book Value method of the 19th century and the Price-Earnings Multiple of the 20th century. Last decade of the 20th century saw dotcom companies proliferate that addressed new and large markets characterized by long gestation periods, giving rise to a new model for valuing loss-making entities with potential.

This is the fourth and the final article in this series on equity valuation that captures the concept, the trigger and the limitations in the method for valuing loss making companies with potential.

In the US, Amazon of 1990s and more recently Flipkart in India have shown that loss making companies with great potential can command large valuations.  On May 15, 1997 Amazon raised $54 million in an IPO on the Nasdaq valuing the company at $440 million. As the dotcom craze peaked, Amazon being at the centre of this boom touched a valuation $36.4 billion, as its shares price rose 8,162%. When the bubble burst in 2001, its share price crashed, resulting in its market cap dipping to $2.1 billion.

Seventeen years later, on September 4th, Amazon became only the second company globally to be valued in excess of $1 trillion.

While Amazon’s valuation debate was confined to a much smaller group of investors in 1990s, a similar phenomenon in the current decade engaged a much wider audience. The advent of internet combined with the proliferation of smart phones and WhatsApp provided a much larger audience to the 2014 Uber valuation debate between Aswath Damodaran, the Corporate Finance Professor and Bill Gurley the Venture capitalist. The fact that they were at the two ends of the valuation spectrum only added spice to this debate. Uber, the car-ride company was valued by the professor at $5.6 billion, while the venture capitalist placed a value of $17 billion on the company.

A year later, in 2015 Prof. Damodaran in his blog detailed reconciled the reasons for the difference between the two extreme ends of valuation and listed out various factors considered in the valuation of loss-making companies with potential, which is summarized in the section ‘The Concept’.

Conceptually valuing companies is an easy task, but in reality, a very challenging job as the inputs to the valuation model can widely vary resulting in a wide range of values placed on the company. In valuing traditional companies that are profitable, projecting future cash flows based on historical results and growth is the norm. However, the same model cannot be used for valuing loss making companies as there is no positive cashflows to project into the future.

In the absence of a profitable track record, companies under gestation period addressing new markets or existing markets with a new business model need a different valuation model. For these companies, the following six key factors determine their valuation:

Of the six factors, a higher value for the first four factors and a lower value for the last two factors give higher valuation.  While both the professor and the venture capitalist used similar models, the results they got varied widely because of the inputs considered, in this case the addressable market. While the professor viewed the company as an Urban car service company, the investors saw Uber as a Global logistics and transportation company.

For every Amazon and Uber that succeeded in realizing their potential there are hundreds/ thousands of loss-making companies with high valuation that failed to realize their potential. While loss making is a fact that can be verified by examining their financial statements, great potential is an opinion that cannot be validated with certainty. This is where the chance of going wrong while using this model is very high; as appropriately captured in the 6th factor of this valuation model—probability of failure.

A mitigation for this is to answer the following two questions in affirmative that can help reduce the probability of failure: