East India Company, 1763 CE: The Birth of Corporate Plutocracy−From One Shareholder One Vote to One Share One Vote 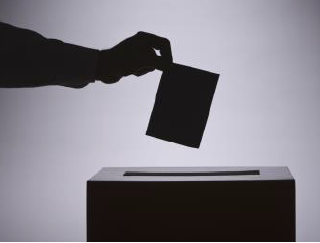 Context:
Voting as a desired decision making method in groups is unquestioned today. The right of all participants to have a say in the decision is based on the belief collective wisdom is superior to individual intelligence. However there are variations in voting system that can significantly alter this basic premise of superior collective wisdom like specifying eligibility criteria to vote and the weightage given to each participant’s vote.

Initial voting systems were participative democracies where all the eligible voter had the right to cast their vote on all decisions and all their votes had equal weightage. Later the filter of eligibility criteria to voting in civic decisions based on property ownership was introduced on the belief property ownership gave the individual a higher ‘stake’ in the decision making by ensuring that they invest sufficient thought and care before casting their vote. While property ownership for voter eligibility looks ill-conceived and disrespectful of human dignity today, the idea that only stakeholders should cast their vote is firmly entrenched and uncontested. This is the logic why democracies all over the world give voting rights only to their citizens in electing their political representatives to legislatures, parliaments or senates.

In the corporate world too, collective decision making went through a similar thought process. All shareholders of a company were eligible to vote in the Shareholders meeting for taking collective decisions. Further to ensure sufficient thought and care was exercised by the shareholders in casting their vote, the requirement of minimum qualification shares was specified in the form of a specified ‘face’ or ‘par’ value of shares.

All the shareholders who held minimum qualifications shares were entitled to vote and all votes cast had equal weightage. For the first two hundred years of corporate history, this practice continued, till it was changed by weighting each vote cast by the number of shares held by the voter bring in the concept of one share, one vote.

The Concept
Corporations or companies from the earliest time had provided for one vote to each shareholder for taking decisions in the Shareholder meetings. This practice prevailed till the second half of the 18th century, when it was misused, thereby exposing its limitations. Modification arising from this misuse led to the adoption of the current practice where one share has one vote and a shareholder has as many votes as the number of shares they own.

The First of First
After the battle of Plassey in 1757, fought by Siraj-ud-daula against Mir Jafar and the East India Company, Mir Jafar was installed as the Nawab of Bengal by the company officials led by Robert Clive. The Company for supporting Mir Jafar got financial compensation for providing the British army and navy for the battle. In addition Robert Clive for his pivotal role was given the title of Nawab, and he privately negotiated a jagir giving him an income of £30,000 annually.

Around the same time, the East India Company leadership in London was troubled by the wide spread corruption among the company officials in India. Laurence Sullivan, the Chairman of the company decided to act against it, by stopping the payment of the privately negotiated jagir of £30,000 to Robert Clive in 1763 as unjustified. This decision sparked a boardroom tussle between Robert Clive and Laurence Sullivan for the control of the company.

Rationale for One Share One Vote
The initial concept of one shareholder one vote was based on the principle collective wisdom is superior to individual intelligence. The concept of qualification shares as a criteria for voting in shareholder meetings was introduced on the belief higher investment in a company would translate to better decisions as higher thought and care is infused in the decision making process.

Once the concept of qualification share is accepted, the next logical step is one share one vote, as higher investment would automatically translate to more thought and care resulting in better decisions. Further as the most direct cost of a wrong decision by the shareholders is loss of capital, it was logical that the shareholders who had the maximum to lose should have the loudest voice in shareholder decisions.

Companies Act, 2013
Section 47 of the Act is the operating section that mandates one-share, one-vote today. However this system of one-share, one-vote is modified by permitting companies to have shares with variable votes subject to specific conditions.

Current Usage
The concept of one share one vote is now further modified in start-up companies funded by Angel Investors and Venture Capitalists in the form of veto rights, euphemistically called Affirmative rights, on specified critical decisions. In consideration of investments made at substantial premium, entrepreneurs enter into Shareholders Agreements with their VC/PE investors containing clauses that give the investors the right to overrule decisions of the majority shareholders. This in a way goes beyond one share one vote by considering the share premium paid by the investor in granting them their veto rights.