Directors’ Report: What was the trigger and When? 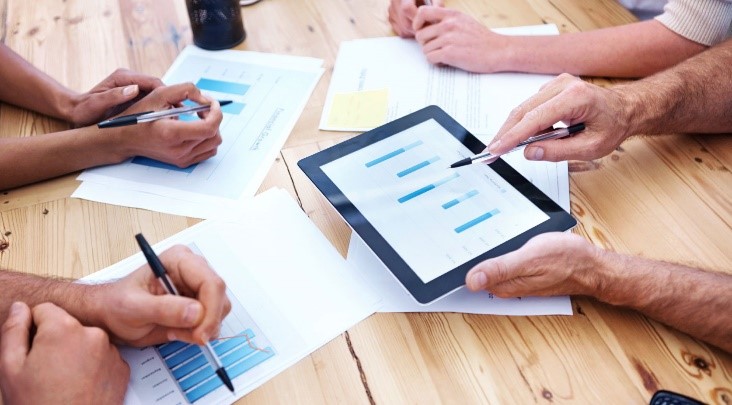 Corporate Annual Reports these days are incomplete without the Directors report. For most operational companies the Annual Report run into dozens of pages and for the listed companies, it exceeds a hundred pages. The content in an annual report can be bifurcated into mandatory and voluntary disclosures; further, mandatory disclosures have three key components –

Following the California gold rush in 1848, the similarity of the terrains in New South Wales and Victoria in Australia lured people to prospect for gold in their backyard. On February 12th, 1851, Edmond Hammond Hargraves literally struck gold in a tributary of Macquarie River. Within six months, fifty thousand people were digging for gold in that area successfully, and in less than a year, the weekly shipment of gold was about half a ton. The result, mining became a significant economic activity in Victoria and New South Wales with over 500 companies incorporated to pursue mining interests under a special Act enacted for this purpose, the Mining Companies Act, 1855.

As company law evolved in England, the Companies Act, 1862 was enacted that required new companies to adopt a Memorandum of Association defining the constitution of the company, and the Articles of Association defining their internal management process, followed by the requirement to lodge a register of members and a summary of capital with the Registrar for incorporating a company.

The Victorian government too enacted the Companies Act, 1864, based on the English Act, thereby imposing onerous documentation on the new mining companies, the primary engine of economic growth.

Acting on the miners’ demand for a simple process of incorporation, a separate set of regulations was enacted for them. In exchange for the lesser compliance requirement at the time of incorporation, the mining companies were required to submit every year an Annual report to the Registrar. However, this was more a statement of intent, as the content in the annual report was not defined.

In 1871, the Mining Companies Act, was strengthened by specifying the mining companies to disclose a report on the company’s prospects along with a statement of assets and liabilities. This report was required to be presented in the general meeting of the shareholders. Further, the Act required the company to keep their books of accounts open for inspection by shareholders and creditors.  Thus, for the first-time, mining companies were required to annually provide a report with defined content that included a report on the company’s prospects, which is the seed from which the Directors’ Report has germinated today.

Directors’ Report is a summary of key highlights for the year covering all important events of the company as reported by its Directors to their shareholders, who are the ultimate owners of the company. In general, the report has a section on financial performance, capital structure and dividend payments, corporate restructuring activities like mergers and acquisitions and highlights of business performance.

Over the years, Directors’ Report has become quite voluminous with new sections being added to it, triggered by the regulators to protect the investors and/or as a reaction to the corporate scandals that regularly erupted over time.

The Directors’ Report in India is today governed by section 134 (3) of the Companies Act, 2013. The disclosure requirement under this section is quite

elaborate and provides for the following key disclosures:

For listed companies, the list of information to be included is still longer and among others, consists of ESOPs given to employees, Management Discussion and Analysis of the financial performance, Report on Corporate Governance and Business Responsibility Reports.

As the mandated requirements of Directors’ Report increased making the Directors’ Report quite bulky and legalistic, companies have increasingly used the Chairperson’s or the CEO’s letter to their stakeholders to communicate the performance highlights and future plans in a more lucid way and engaging style, perhaps as there is less legal scrutiny of these letters.