Counting Your Money: The Birth of the Balance Sheet 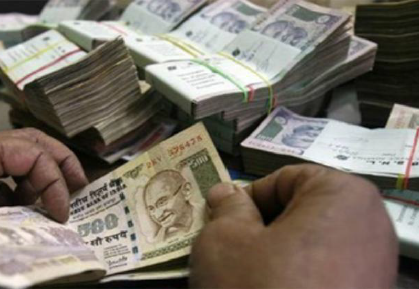 Financial Statements consisting of the three- Balance Sheet, Profit and Loss Account and the Cash Flow Statements, form the core segment of corporate communication to their shareholders and investors. The three can be likened to a still photograph, a video film and a slow motion replay of the video film.

Like a still photograph, the balance sheet is at a point of time, on a given date, while the profit and loss account like a video film is for a given duration, which can be for a month, a quarter or an year. When the action is very fast and rapid, as in a fight or dance sequence, a good director shows it in slow motion for the audience to appreciate the nuances. Likewise, the Cash Flow statement is the profit and loss account played in slow motion shorn of all special effects or judgement. It helps an investor appreciate the true business performance shorn of the accountants’ judgement.

Like in the photography world, the three came chronologically one after another- Balance Sheet thefirst, followed by the Profit and loss account and finally the Cash flow statement.

Digging a bit deeper, fixed asset indicate the size of its operations, while the current assets, like the midriff in humans, indicate the health of a business. All other things being equal, like in humans in businesses too, a slim waistline reflected in lean current assets reflects a healthy business.

Turning to the liability side that consists of two main parts- borrowings and credits obtained by the business is a fixed liability where the exact amount stated in the balance sheet is to be paid back to the lenders and creditors, while the amount contributed by the shareholders is a residual liability, who get what remains; this could be higher or lower than what is stated in the balance sheet.

The First of First
The concept of a balance sheet was not new in the commercial world when the companies came into existence and was used much before the advent of companies. However, the presence of a large number of shareholders brought this document out into the public domain, where we can examine its evolution. The evolving name for this financial statement over the years is quite revealing in what it contained and what it intended to communicate. 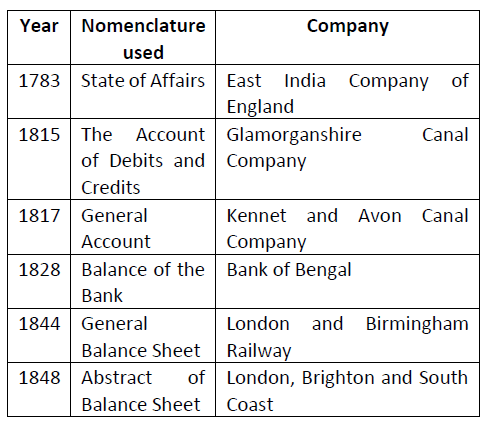 Companies Act, 2013
From the time the first Companies Act was enacted in England in 1844, the term Balance Sheet has been used to describe this statement of financial position that acts as a snap shot of the financial health of the company. Continuing this trend, both the Companies Act in India, the one enacted in 1956 and the other in 2013 title this financial statement as ‘Balance Sheet as at………’. A practice that is followed by all companies given its mandatory status.