Buy-back of Shares: What was the trigger? 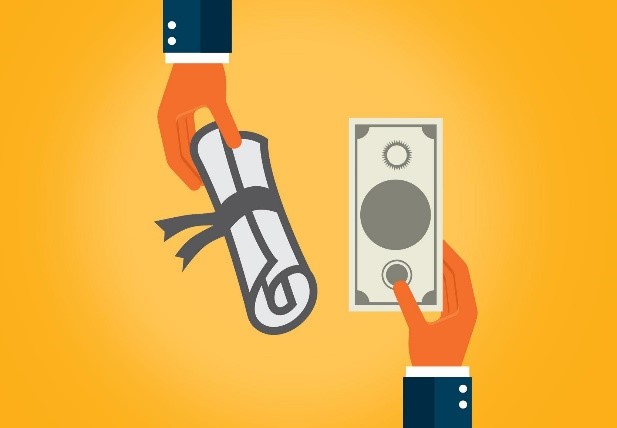 Buy-back of shares is an accepted practice in the corporate word today, a concept so wide-spread that in the calendar year 2018, the volume of buy-back by the US corporates is estimated at around $1 trillion. However, buy-back of shares is a recently introduced concept with the US taking the lead in the second half of the 20th century which legitimized a concept that was for long frowned upon. A potent blend of economic beliefs, electoral promises and corporate interests provided the trigger for its inception that have over the last three decades become a wide-spread practice across all the major corporate jurisdictions, including India.

Prior to the advent of buy-backs, companies only had an influence on the number of shares issued and the demand for their shares was generated by company performance.  In this phase, increase in share price reflected rising corporate profits. With the advent of buy-backs, the influence of corporates extended beyond issue of shares to controlling the volume of shares available for trade, thereby influencing supply and bring into play a second lever for increasing share price of companies that had no co-relation to company profits.

1960s saw sporadic buy-back of shares in the US driven by tax optimization. With dividend being taxed as ordinary income at tax rates going up to 77%, buy-back of shares in which shareholders selling their shares to the company was taxed as capital gains and taxed at much lower rate of 25% was financially a prudent decision. However, these buy-backs were only permitted though tender-offer of buying shares at a fixed price and were seen in negative light despite the tax benefit. All this changed in the 1980s with the advent of a new political era and the legitimization of open market share purchase instead of tender offering at a fixed price.

1980s saw the birth of a new political era of capitalism with the advent of Ronald Regan in the US and Margaret Thatcher in the UK.  This new era was built on new age economics also known as Reganomics in the US, which rests on the four pillars of:

Implementing his poll promise, Ronald Regan appointed John Shad, a Wall Street executive as the Chief of SEC in 1981. In a move to de-regulate the stock markets and reduce government spending, SEC introduced the Rule 10b-18, a provision that popularised buy-back of shares by permitting open-market share purchase and provided protection to the corporates against insider trading if they met the four conditions for buy-back, namely manner, timing, price and volume of buy-backs.

The flexibility provided to the company by permitting open-market operations not only enhanced its use but also gave appreciable returns to the companies. In the eight-year period preceding the introduction of share buy-back, corporate profits grew by 13% with the share prices moving in tandem at 10.4%. The introduction of buy-backs in the US, saw a complete decoupling of movements between corporate profits and their share prices. In the eight years of Regan tenure that saw share buy-back legitimized, corporate profits grew by 3% compounded annually, while the S&P 500 index appreciated by 113%. This provided a perfect example for the Laws of Supply found in economics text book, that all other things remaining the same, a reduction in supply of goods leads to an increase in its price.

Prior to the legitimization of buy-back, a company with surplus cash had only two options, one to reinvest it in business or to else to distribute it as dividend to their shareholders. Dividend distribution ensured that all shareholders got their share of rewards without any one section of shareholders benefitting. With share buy-back, the management of a company could increase its share price, if not prevent its decline by increasing the demand for shares by entering the market to buy the shares. As the US stock markets surged ahead, rest of the world took note of this visible prosperity and legitimized buy-back in their jurisdiction.

Section 77 of the Companies Act, 1956 prohibited buy-back of shares or financing anyone to buy-back its shares. However, section 100 to 104 of the same Act permitted reduction in share capital under certain specific circumstances with detailed approval processes required to be complied with.

In 1998, the Companies Act, 1956 was amended by introducing three new section-77A, 77AA and 77B to regulate the process of buy-back of shares that offered protection to creditors whose security was diluted.

In India, buyback is no longer an exception and has been mainstreamed. Among the listed companies, in December 2018 alone, 8 companies filed a Draft Letter of Offer with another 4 companies filling a Letter of Offer. The tax efficient nature of buy-back combined with the price support it provides in the stock markets makes it an efficient instrument and a viable alternative to dividend payment that entails dividend distribution tax.