Birth of Statutory Audit: Triggered to Protect the Shareholders in 1900 CE 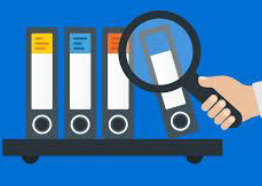 Statutory audit, an integral part of the corporate governance structure today is of relatively recent origin, mandated only in 1900 CE. Prior to this, audit of a company’s accounts was discretionary, triggered by the need of promoters to enhance their credibility required while raise money or reassuring investors about financial mismanagement concerns or when shareholders expressed dissatisfaction with the quality of accounts presented.

In one of the earliest instances, East India Company in 1624 CE proposed a detailed system of accounting and audit, when their shareholders refused to pay calls on shares amounting to £80,000. Subsequently some proactive managements that needed to raise money more frequently like railroad companies, provided for regular audit in their by-laws.

It took a scam of enormous magnitude that bankrupted more than 1500 shareholders of a bank in Scotland for statutory audit to be mandated for a company’s accounts to protect shareholders.

The Concept
Global Investors Dictionary defines audit as ‘an evaluation of a company’s financial records to verify that stated assets and liabilities match the actual assets and liabilities.’ Initially when the practice of audit was started only non-executive shareholders were appointed as auditors. Audit as it evident required examination of books of accounts. This naturally limited the eligible shareholders who could act as auditors to bankers, bank clerks and merchants, people conversant with books of accounts.

Once the concept of non-shareholders as auditors was accepted, it was necessary to ensure that auditors were technically qualified and objective. This is the reason for prescribing a professional qualification as a prerequisite for being an auditor and for eliminating officers, suppliers, customers, lenders and borrowers from becoming an auditor, who could have other interests that colour their objectivity.

The First of First
City of Glasgow Bank was the fifth bank in Scotland formed in 1839 with 779 partners and a paid up capital of £656,250, the largest capital for a Scottish bank at that time. As was the practice then, the shareholders of the bank had unlimited liability.

Glasgow Bank with 88 branches faced its first crisis in 1857, due to the collapse of a Scottish bank, which led to a run on its deposits, as depositors rushed to takeout their savings. The bank closed its operations from November 11, 1857 till the end of that year. During the closure of business there was a change in the bank’s management and the new management started presenting annual accounts from 1857 to build confidence.
By 1878, the bank had grown to 133 branches, deposits of £8 million, and had 1,819 shareholders, all with unlimited liability.

Analysis of the failure revealed it to be a multiyear affair with assets overvalued and liabilities understated to conceal insolvency. The last balance sheet published by the bank’s management was on June 5, 1878. A comparison between the two balance sheets of June 5, prepared by the management and October 1, 1878, the date Glasgow bank closed its door reflected the magnitude of accounting cover-up. Assets were lower by £4,679,300 and liabilities higher by £2,103,800, resulting in the positive net-worth of the bank of £1,592,100 reported on June 5 turning into a deficit of £5,191,000.

Asset inflation took many forms, depreciated investments, loans to related parties, unrecorded sale of gold, and loans to insolvent firm. Gold reserves of £293,182 were shown, where none existed. Loans to four firms given in excess of security held was £4,270,000, investments were reflected at cost, when their realizable value was lower by £600,000.

In addition, loans were granted to insolvent firms. Cross examination of witnesses revealed that between 1873 and 1878, Smith, Fleming & Co, a borrower, had never been refused a loan. They had obtained fresh loans from the bank after offering to pay over fourteen years £500,000 out of a total loan outstanding of £1,300,000.

Intention to hide the precarious state of bank’s liquidity position led the management to mismanage business and misrepresent the accounts. As a consequence, for a number of years annual dividend at the rate of 9% to 12% was paid in the absence of profits leading to the bank’s net-worth turning negative.

The bank failure triggered unlimited liability of its shareholders who had to finally pay £2,750 on every share with a face value of £100. This led to 1,565 shareholders filing for bankruptcy, leaving only 254 shareholders solvent.

The City of Glasgow Bank’s failure and the staggering bankruptcy of the large number of its shareholders led to the Companies Amendment Act, 1879. Two major features of the amendment were permission for unlimited companies to re-register as limited companies and stipulation for compulsory annual audit for all banking companies registered thereafter with limited liability.

The Act specifically required the auditors to report whether the balance sheet reflected a ‘full and fair’ view. As the benefits of Audit became evident to shareholders in the decades that followed, the practice of mandatory audit was extended to non-banking companies in 1900.

Companies Act, 2013
Section 139 of the Act provides for appointment of Statutory Auditor, who are required to report on the state of affairs of the Company to its shareholders. The Act further stipulates the qualification required to be an auditor and spells out the rights and duties of an auditor.

Current Usage
Being a mandatory provision, all the companies incorporated in India have a statutory auditor who is appointed by the shareholders and reports to the shareholders on the state of affairs of the company. However, efficacy of audits continue to remain a matter of concern, as visible in the PNB-Nirav Modi saga today.