Birth of EPS (Earnings Per Share): Brevity is the Essence of Effective Communication 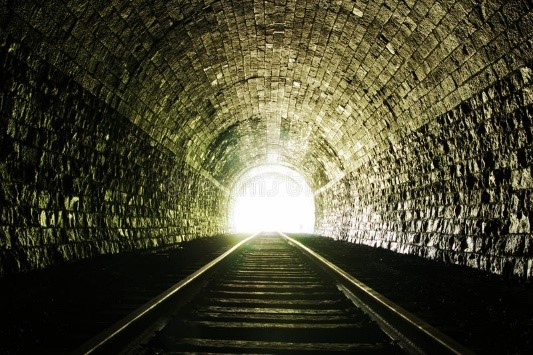 ‘A cow for her milk,

A hen for her eggs,

A stock, by heck,

As the popular poem of 1930s captured, dividend is what attracted the investors to stocks. But with time as companies retained a bigger and larger share of profits for their internal growth, with some companies even skipping it, dividend as a measure of company performance became less relevant, making way for this new measure – EPS or Earnings Per Share.

Today EPS is accepted by all stakeholders of the company. However, this was not always the case. The investors were the first to start using EPS, but the accountants were sceptic, frowning on the use of a single number that communicates a company’s profitability. However, with time the accountants too had to bow down to popular usage and introduced accounting standards to define, measure and disclose EPS.

EPS is one number that communicates the profits that accrues to one equity shares in a company for a period. Being a single number, it is easily amenable as a measure for comparison, both for measuring year on year or quarterly growth and for comparison among different companies.

EPS is computed by dividing the profit after tax for a period by the weighted average number of shares outstanding during that period; weighted for the time they are outstanding.

As comparisons go, EPS can be compared to the average score of a batsman in cricket. While a higher number is better, it does not tell the full story; for often a lesser number may be hiding a lot more vital information. The accountants saw EPS as the shining light in the dark tunnel of financial statements. They warned the reader not to rely only on this measure, as it could be the light of a rescue party or an engine moving ahead at full steam that could runover the reader.

THE FIRST OF FIRST

In 1906, Sears Roebuck & Co, wanted to raise $10 million for constructing a large mail order warehouse. They approached Goldman Sachs, who suggested an IPO. Goldman Sachs, along with Lehman Brothers, underwrote the issue, consisting of $5 million preference shares, that was backed by assets and another $5 million of equity shares that was backed only by goodwill. Normally, preference shares were sold to public and the equity shares retained by the underwriters.

Equity shares till the 20th century was valued based on their dividend track record, also called Dividend Capitalization method, a system in vogue from the eighteenth century or Net Asset Valuation method that came into practice with the advent of railway companies in the nineteenth century.

In this equity offering, Henry Goldman proposed a new logic for share valuation, a company’s future profits and not its past performance. With this logic, he proposed a new method for valuating companies with low capital base and high profitability: Price Earnings (PE) multiple, to measure what could be paid as a fair value for a share. PE is computed by dividing share price by EPS and with this, EPS became the ‘milk and egg’ of equity shares investing.

RATIONALE AND LIMITATIONS OF EPS

A single number that tells a story has its value in mass communication, especially if the subject is complex and technical in nature. EPS played a major role in the 1920s and 1960s to popularise equity investing in the US, for it provided an anchor to the public mind for comparing performance over the years and between comparable companies.

EPS, the single number, an advantage in communication, is also its limitation, for it does not measure the quality of profits. The third M&A wave in the US of 1960s highlighted this limitation when companies with high PE ratio acquired companies with low PE ratio to ‘create shareholder value’. Low PE ratio is often a reflection of the low quality of profits and the M&A wave provide it, as the companies were not able to sustain the profits going forward.

The US accountants started regulating EPS in 1966 by providing an opinion, ABP 9, that strongly recommended the use of EPS at three levels: income before extraordinary items, extraordinary item net of tax and net income. Soon thereafter in 1969, they made further changes that required EPS to be computed at both Basic and Diluted Levels; diluted for the impact of convertible instruments and options issued by the Company.

ADVENT OF EPS IN OTHER PARTS OF THE WORLD

EPS that was popular in the US, spread to rest of the world in the second half of the twentieth century. In February 1972, Accounting Standards 3 was introduced in the UK to regulate EPS computation and disclosure. In India EPS was a late entrant. Even as late as 1988, popular accounting text books only referred to dividends and made only a passing reference to EPS, calling it the American valuation method.

In India, the mandate to report EPS in the financial statements of Indian Companies, was made effective only from April 1, 2001 for companies whose shares are listed on recognized stock exchange by requiring them to adopt Accounting Standard 20.

Today EPS is an accepted accounting concept used by both investors and corporates interested in attracting investors. Experience has shown that used in isolation, EPS can be misleading, but when supplemented with other measures like cash flow from operations, it is illuminating.