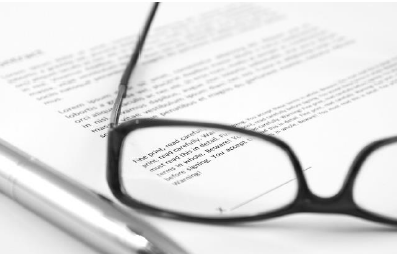 I. Facts of the Case: Mr. Thomas Sutton, one of the richest citizens of England, a coal miner and money lender by profession set up a corporation in London chartered by English King for the establishment of a hospital and a free grammar school for charity among others such initiatives. Unfortunately, he died before the hospital could be constructed leaving a large portion of his wealth in the hands of the corporation, which was intended for the construction of this hospital.

One of his heirs Simon Baxter, contested the wealth given to the corporation and wanted it cancelled on the ground that the corporation set up to construct the hospital was nothing but a ‘mathematical or Utopian hospital’ in the nature of a cipher or empty placeholder, that did not exist physically.

The heirs who contested the wealth given to the corporation contended that a corporation can own property only as an agent of its shareholders and not in its own right. Hence on the death of Mr. Sutton, the property returns to his estate, and is available to all the heirs.

III. Basis for decision:
Sir Edward Coke, the judge deciding the case held a corporation to be a ‘legal’ entity with the right to own property in its own, distinct from that of its shareholders. He went on to elaborate the nature of the corporation as a legal entity by describing it as:

“A Corporation aggregate of many is invisible, immortal, & rests only in intendment and consideration of the law; and therefore a dean and chapter cannot have predecessor nor successor. They may not commit treason, nor be outlawed, nor excommunicate, for they have no souls, neither can they appear in person, but by attorney. A corporation aggregate of many cannot do fealty, for an invisible body can neither be in person nor swear. It is not subject to imbecilities, death of natural body, and diverse other cases”[1]

V. Exceptions: Lifting of the corporate veil, or disregarding the corporation as a separate entity and looking at its Directors and shareholders is done only under certain circumstances which is listed out in this judgment.

“It is “hornbook” law that a duly formed and registered company is a separate legal entity from those who are its shareholders and it has rights and liabilities that are separate from its shareholders. A court can “pierce” the carapace of the corporate entity and look at what lies behind it only in certain circumstances. It cannot do so simply because it considers it might be just to do so. Each of these circumstances involves impropriety and dishonesty. The court will then be entitled to look for the legal substance, not just the form. In the context of criminal cases the courts have identified at least three situations when the corporate veil can be pierced. First if an offender attempts to shelter behind a corporate façade, or veil to hide his crime and his benefits from it. Secondly, where an offender does acts in the name of a company which (with the necessary mens rea) constitute a criminal offence which leads to the offender’s conviction, then “the veil of incorporation is not so much pierced as rudely torn away”. Thirdly, where the transaction or business structures constitute a “device”, “cloak” or “sham”, i.e. an attempt to disguise the true nature of the transaction or structure so as to deceive third parties or the courts.”[2]

An example to illustrate each of the three circumstances identified above will illuminate the situation further:

But for these specific circumstances, in all other cases, a Company is considered distinct from that of its shareholders and directors.[1]Holdsworth, W S., English Corporation Law in the 16th and 17th Centuries, The Yale Law Journal, Vol. 31, No.4 (Feb 1922), p386[2]para 76 of 2009 England and Wales Court of Appeal (Criminal Division) case 1303